Founded in 2009 by a group of industry veterans, GameScribes dedicates itself to solving the unique challenge of localizing video games and other electronic entertainment. Beyond our ever-expanding network of translators, editors and copy writers, we’ve also developed and implemented proprietary project management and CAT tools to help revolutionize the way that video game localization is being managed.

What makes us different?

We acknowledge that the challenges involved in localizing electronic software are unique from any other industry, and so we’ve developed our own proprietary project management software and computer-assisted translation tool to meet these challenges. Our client-first approach has allowed us to organically grow our services to the benefit of all publishers and developers in the industry.

We are very happy to be part of the games community and are strong supporters of industry events both large and small. We pride ourselves on delivering the highest quality at the most competitive pricing because we think every game developer deserves the very best no matter the budget, scale or scope of their games. 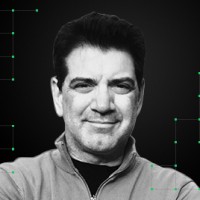 A veteran of the video games industry with over 20 years of experience, holding senior executive positions at Warner Bros, Universal Studios and Activision Blizzard.  Working on such high-profile franchises as Batman, The Matrix, Harry Potter, Mad Max, Call of Duty, and Tony Hawk, he oversaw over $2B in video game revenue. 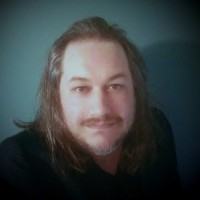 After receiving a Bachelor of Arts in both English Literature and Creative Writing from California State University of Long Beach, William began his professional career as an English subtitle editor specializing in Subtitles for the Deaf and Hard-of-Hearing (SDH).
After making a shift to the video game industry in 2006, William co-founded GameScribes in 2009, expanding and building production facilities in multiple countries.

With over 15 years of video game localization experience, William has directly overseen the localization and testing of over 2,000 successfully launched games. 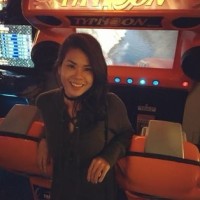 For the past 8 years, Thy has been heading operational Support and financial management for GameScribes.

Before joining she acquired a degree in Business Management with a minor in Finance and built an extensive Business Administration background within various entrepreneurial industries, including real estate, property management, and retail. With her focus on organizational growth, she continues to contribute as one of the company's cornerstones by incorporating new technological strategies and adapting them for today’s ever-changing world, for the betterment of our staff, vendors, and clients. 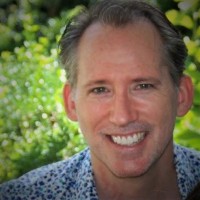 Tobe has worked for 30 years with bleeding edge digital technology in the global marketplace. Continues to advocate for worldwide communication & culturalization practices by helping people access the next evolutionary advances in entertainment technology.

During his tenure with GameScribes, Tobe has solved hundreds of localization & QA challenges across multiple languages and dialects. By utilizing his unique experience across several media platforms, he helps companies find solutions so they may extend their global reach.

What people ask us

No, we do not charge you for asking us a quote. In fact, we won't be charging you for anything you haven't signed a contract for — feel free to reach out to us for any question you might have.

2Can you localize and/or test my PC/console/mobile/XR/Blockchain game?

'Yes' is the answer to all of them. Our expanded team includes experts of any game system and genre.

3What's the difference between Translation and Localization?

We are glad you asked — here's an article that provide you with an answer. Be sure to follow our blog to learn more about the world of Localization!

4I'm a freelance translator looking for a job, how can I apply?

We are always looking for new talents willing to make games more global — get in touch with us!

5What languages do you support?

We support over 53 language pairs plus dialects. If the languages you are looking for are not on our list, please get in touch — we still might be able to help you.

6 Will you work with non-gaming clients?

Yes… but not at GameScribes. GameScribes focuses exclusively on video games. For any companies outside of the gaming space interested in our localization services, please contact our team at GoGTL.

Yes, we were — up until 2016, when we rebranded as GameScribes. It seems we haven't spoke in a while, why don't you get in touch with us?

REQUEST A FREE QUOTE
We use cookies on our website to give you the most relevant experience by remembering your preferences and repeat visits. By clicking “Accept”, you consent to the use of ALL the cookies.
Do not sell my personal information (CCPA - only for California).
Cookie settingsAccept
Privacy